Image is Everything?!!! by Aliza Davidovit 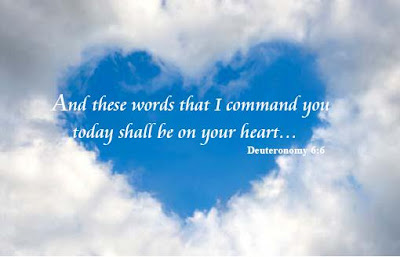 Many of us have an image we feel we have to upkeep in order to face the world. So maybe we wear a little too much makeup, buy a car we can’t afford, or show a brave face when we are crying inside. Images are only skin deep. For instance, the Titanic may have had an image of great elegance and imperviousness but the iceberg wasn’t too impressed and as a result 1500 people died. The Wizard of Oz, had the image of an all-powerful magician, but when the curtains were pulled, he was nothing more than a little man with a megaphone. Image is the bait that ensnares us, hypnotizes us, and lures us down the Yellow Brick Road-- often to find disappointment at its end. It is unfortunate that we try and put our best face forward at the expense of what is really going on behind it.
Even the TV we love to watch is all about improving life aesthetically and superficially. It is the trend these days in reality TV to renovate the externals of our existence, thus the barrage of makeover programs, such as What Not to Wear, Nip & Tuck, The Biggest Loser, Queer Eye For The Straight Guy, Supernanny, Nanny 911, Restaurant Makeover, From G's to Gents and Extreme Makeover, just to name a few. I question why there are no shows that force people to be nicer. Why don’t they take some mean yutz and put him through the process of attending church, doing acts of kindness and in the end showing how his life has been changed for the better because of it.

We apathetic viewers allow media image makers to shape the mindset by which we evaluate people and events. A perfect example is President Obama, who came upon the national scene with a nice smile and a gift of gab. As a result, most of America was hypnotized by a manufactured image that promised to “fundamentally change” the country. We failed to insist that the media dig deeper and to uncover the depth and breadth of a man who would be president.

But how can we demand more of others when in a large measure we evaluate ourselves superficially as well? At the end of most days we bash ourselves if we are overweight, if we didn’t make enough money, if we aren’t as successful as the other guy or gal. But how many of us take ourselves to task at the end of the day for not doing enough charitable deeds that day or being a kinder person? Few of us engage in a makeover that starts on the inside.

In this week’s Bible portion the Israelites gather at the foot of Mount Sinai to witness Moses descend with the Ten Utterances (Commandments). God does not pick a fancy building or the highest mountain to bring his laws into the world nor does he ask His people to adorn themselves with jewels and expensive garb, but rather he addresses them in the wilderness, where they have nothing and are nothing more than a wandering people. The Jews had humility after leaving Egypt—after all, what pride can a former slave have? As such they were prime candidates to receive the word of God. Pharaoh had pride and haughtiness and thus could not absorb God’s laws. He was impressed with his own image and all the makeovers that Egyptian idol makers and beauticians could conjure. But gilded armor does not a mensch make.

A rabbi once asked his young student where can God be found? The student proud to know the answer said, “God can be found everywhere.”
“Wrong,” his rabbi replied, “God can only be found in a humble heart, not one that is filled with ego, for two things cannot occupy the same space at the same time.”

Biblical scholars teach that it is relevant that the Ten Commandment were engraved in stone and not inked on parchment or gilded with gold letters. Something engraved shows humility because it is able to surrender a part of itself and allow something meaningful to be etched in its stead.

So my dear friends, when we look at our lives and contemplate “makeovers” and image boosters, close your eyes! Look inside yourself beyond the mirrors, choose substance over surface. When we reach the end of our days it is only our good deeds that will gain us entry into God’s kingdom, and at that heavenly gate, there is no bribing the doorman.
Posted by Aliza Davidovit at Wednesday, January 23, 2013 No comments: