This week on Facebook I asked my friends how America has been hurt or helped by the forgiving nature of its people. I’m not surprised to learn that my friends are merciful, compassionate and kind-hearted—I chose my friends well. So please friends forgive me for thinking that this country is too forgiving and such lenity is eating away at our souls.

There was a great line in the movie Hud with Paul Newman that hit me: “Little by little, the look of the country changes because of the men we admire.” But when these men plummet, they take us all with them, especially our starry-eyed kids who every day have one less person to look up to. Yes, “the country changes” when the mighty fail and fall.

When public figures such as Eliot Spitzer, Bill Clinton, Tiger Woods, Mark Sanford, James McGreevy, Gary Condit, Gary Hart, Newt Gingrich, John Edwards, Jim Bakker, and so many more, drop their pants in the wrong building, they are not only cheating on their spouses but on all those who trusted them to be attending business--not monkey business.

When Congressmen are indicted, when athletes get juiced, when Wall Street scams us, when spiritual leaders are caught with their hands in the till, when the media becomes propagandists, they are unraveling all we believe in and everything we are. So why do we find it so easy to forgive? One Facebook friend basically said, albeit using different words: He who has not sinned among us, let them cast the first stone. So, basically, are we supposed to cater to our weaknesses? We might murder one day too, so let’s forgive the murderers. We might rip someone off one day, so let’s forgive the CEO’s for all the people they’ve cheated out of their life savings. Instead of creating a world where we can look up and strive for greatness, we are preparing our safety nets in case we mess up.

I do not believe that our indulgent forgiveness is creating a better world. Sometimes the things we believe in demand tough love. If we make it so easy for everyone to go on the apology tour with a speech produced by a PR company and we forgive them, then we are contributing to our own demise, especially in this age of the information superhighway where misdeeds and apologies become YouTube moments.
Not only do Americans forgive wrongdoers, but it seems to reward them. Tiger Woods’ paramour, Rachel Uchitel, was hired as a special correspondent on NBC's Extra. Sadly, trained, skilled young journalists who work so hard to get a job, move to the back of the queue because engaging in a scandal and having sex with a famous person are the prerequisites to board the express train to success. Is that the advice you would give your daughter vying for a job? If you can forgive Extra for that, then you are giving silent consent.
If we want to prove ourselves as merciful, good people then let’s get a little tougher and less forgiving. Let's have some mercy for the things we value and not pretend it's raining when cheats spit on us with impunity. I say kick the bums out, fire them, take away their endorsements, teach them a good lesson that will make the next guy think ten times before he screws his mistress and his country and corrupts the soul of a nation. How many cheeks can we turn while they keep kicking us in the butt?
In this week’s biblical reading we learn how the Menorah in the temple had to be illuminated by the purest of oil, teaching us that that which is meant to bring light and direction to the world needs to be clean and untainted. Thus, for those who have set themselves as leaders and icons among us, we must demand nothing less. Let a new clarion call rise up throughout the land: “I don’t forgive you, and take a hike.”

I LOVE YOU, Maybe Baby? by Aliza Davidovit 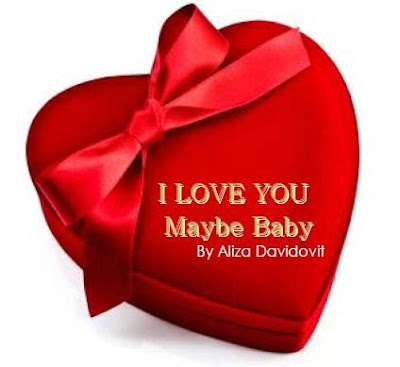 As an ebullience of amity overtakes the ever-hectic Manhattan on Valentine’s Day, it appears that love is in the air. But when all the accessories are stripped away, I question, what is love? Do we know how to love? And what is the greatest love of all? Whether it is love of people, God, or country, what is the real proof that we love something? Can you be patriotic if you refuse to fight for your country? Are you a loving husband if you don’t believe in Valentine’s Day? Are you a person of faith if you never attend temple or church? Can you really love your country if you don’t vote?

Who is to say that how we love is wrong or right? Could it be that Democrats love this country more than Republicans profess to? Can you really love yourself if you don’t take care of yourself? If we follow God’s decree to love our neighbors as ourselves, but in fact we hate ourselves and treat our neighbors with equal odium, have we fulfilled our obligation? If we only love what we can’t get, do we really love anything we have? If we love only what’s lovable, is that love?

The group Foreigner came out with a song in the 1980s, I Want To Know What Love Is. I think they are not alone in this quest. With on-line dating growing by the minute and divorces keeping equal pace, people are continually in the search for love and yet seem to ruin it once they have it. Can it be that we just don’t know what love is?

Maybe we can learn something from this week’s Bible portion in which God gives exact measurements and details of how he wants the Jewish nation to build His sanctuary. God does not leave his love affair with a people to chance, He explains explicitly what He wants. The burden is now upon His people to prove their love.

How often in our lives do we walk away from a relationship saying, “I gave that person everything I have and they didn’t appreciate it? The better question is, “Did you give them anything THEY wanted.” Jews can keep a perfect “Sabbath” on Wednesdays but at the end of the day would that mean anything to God who asked that the Jews keep it on Saturday? Perhaps love is not about giving what YOU want to give or giving all you have, but rather doing what you don’t feel like doing and giving what you don’t have--be it, time, patience, understanding, and yes even materialistic things.

Maybe it’s time we rejected the romanticized Hollywood version of love where lovers ride of into the sunset to some pop song and live happily ever after. In this generation where everything is easy come and easy go, even love is a casualty and subject to the revolving door syndrome that plagues our ability to appreciate and work hard for anything.

I don’t profess to be the love guru, but I do know that the words “I love you” are a lot easier said than done.
Posted by Aliza Davidovit at Sunday, February 14, 2010 2 comments: