The Gift of You! 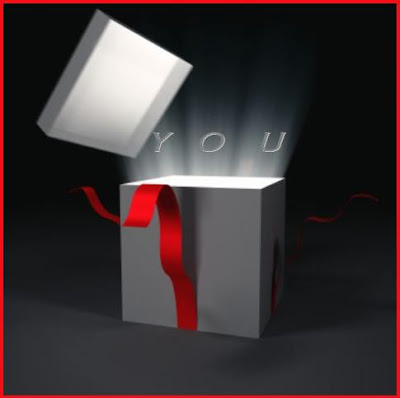 I couldn’t reach a book this morning so I flipped over a hard plastic trash can nearby to step on which gave me the extra leverage I needed to grab the hardcover volume. Sure enough it also gave me the lead-in to this article which is always the hardest part. What makes the garbage can so poignant this morning is that I was actually reaching for a copy of the Torah and it took something “low” and “base” to allow me to reach up high.

It was upon that realization that this week’s Torah reading began to make ever more sense to me. How many of us are belabored in our lives because of lousy childhoods, or self-perceived flaws, or old-fashioned mindsets that seem to have no home in the "modern" world? For most of us there is always that ONE thing that seems to come between us and the life we’d rather be living. We all know what our one thing is: It’s the thing that has conditioned us to start our sentences/excuses with, “If I only…then I would….” And though that one thing seems to continually do us harm, we can’t let go of it because it’s like a little baby that we’ve nurtured for so long with great stubbornness and have become so attached to that it seems intrinsic to our very being even as it destroys us. But my friends, who says you have to get rid of it? Perhaps God has given it to you as a gift and you are misusing something that is really a blessing in your life.

In this week’s Torah reading, Miketz, we read about the story of Joseph and how his dreams of being honored by his brothers stoked their hatred against him. If only he wasn’t such a dreamer, then he could have had a normal life and avoided a pit, a dungeon, being sold into slavery and being estranged from his family for 22 years. Kenny Rogers was perhaps right to sing: “Don't fall in love with a dreamer/ 'cause he'll break you every time.”

But alas, “There’s the rub.” It was Joseph’s dreams and his ability to interpret them that launched him to great heights and to reign in Egypt side by side with the mighty Pharaoh. It was a pit that was his springboard to those heights. And the dungeon to which he is condemned is actually called a “house of light” in Hebrew.

What I am saying dear friends is that Joseph took the figurative garbage can that was his life, turned it over, and used the very same tool that brought him down to reach up high. God didn’t make us who we are so we can squash ourselves and crush our own spirits. He gave us our gifts and inclinations with the biblical recommendations that we direct them wisely and hone them for good use. When pop culture tries to turn us into clowns or when religion tries to turn us into clones, I say never let either of them destroy the gift that is YOU!

King David was known to have a bad temper, yet it is written about David that he executed justice and righteousness unto all his people,” (II Samuel VIII, 15). David didn't miraculously shed his temper, he redirected it and used it appropriately on the battlefield to kill God’s enemies, unlike Esau who killed for the sake of killing (Rabbah, 63). It was David's "one thing" that killed Goliath; it was Moses one thing--humility--that made him God's greatest prophet; it was Joseph's "one thing" that made a dreamer into one of the most powerful men in the world.

As we light our Chanukah menorahs and Christmas trees this week, perhaps in the romantic glow of their lights we should take another look at the ONE THING in our lives. And instead of letting it burn us out and leave us charred maybe we can all learn to use it as the miraculous drops of oil that will not only sustain us but also set our potential on fire. Hey, who would have ever thought that a garbage can could be a step up in life?
Posted by Aliza Davidovit at Sunday, December 18, 2011 1 comment: