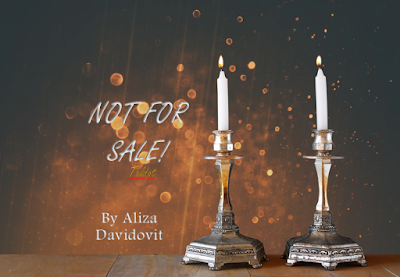 My cleanliness phobia has arrested any potential I’d have to purchase second-hand things. However, that doesn’t diminish my affinity for antiques and my propensity to quickly peek at such items being sold on Facebook Marketplace. The resulting feeling is always the same: A waft of sadness overtakes me.  Items once cherished,  inanimate witnesses to lives now gone, are being sold off by next of kin who couldn’t care less. How meaningless it all is, the summation of a life that can be auctioned off on Facebook or eBay. I can’t help but think of the long lines that form for Black Friday and the enthusiasm and lust for the latest “things,” and, contrastingly, I think about the musty smell of estate sales where both the items and their one-time owners have become obsolete.  I’m compelled to examine the life that lies between. What’s it all really about in the end? What’s it all really about all along?

In this week’s Torah portion called Toldot, we read about the birth of twin brothers, Esav and Jacob, who were so opposite in their view of life that they began fighting while still in their mother Rivkah’s womb. Their respective affinities were clear: When she passed places of idol worship, Esav would struggle to come out and when she passed a place of Torah study, Jacob would struggle to come out. Esav lived only for this material world and all it has to offer and Jacob lived for God, for family and the world to come. Esav was so carnally invested in the physicality of this world that for food he sold his firstborn birthright to his younger twin brother in order to satisfy a life-sapping hunger born from his exhaustive and exhausting sins. That birthright involved the priesthood and obedient behavior, and thus it meant nothing to him. It was just a potential burden to him. Even without FB Marketplace he successfully disposed of the divine values and divine mission for which both his grandfather and father had lived and risked their lives. And for those self-excusing Jews who tend to believe that the Almighty loves all his children regardless of their behavior, let G-d’s stance on these two brother be unequivocal: God says, “...I loved Jacob. And I hated Esau.” (Milachi 1:2-3).

Often people who eschew the commandments, like Esav, tend to believe that doing what G-d wants is tiring. And yet, the first words we ever hear about Esav in the Torah are that he’s “exhausted” (Genesis 25:30). The rabbis teach that he was exhausted because he was so busy living for the pleasures of the moment that his energy was depleted in the service of himself. And make  no mistake about it, Esav was not 100 years old and burned out from his “party animal” lifestyle when both he and the Torah tell us that he was “exhausted.” Nor was he 60 or 40 or 20. He was 15. By then he had already been sleeping with betrothed women, was hunting, killing, manipulating, etc. He was already a stalwart example of what NOT to do.

How often in our own lives have we said and hear people say, “I’m tired and burned out,” and “I’m not what I use to be.” Observing some people’s lives can be like watching the battery bars on a cell phone. Slowly, slowly we watch the life force draining away.  And they are always far from the charger just when it’s needed most. But in truth, we only decline and drain away when we attach ourselves to false gods, when we spurn morality and vacate religion from our lives and unplug ourselves from the ONE true "charger": G-d. The love of money, the fancy cars, the toxic quest for perpetual beauty, the food fixes, the fame, the gadgets, the unbridled promiscuity, the mind dulling entertainments are all false “insulin spikes” that temporarily thrill us and ultimately drain us of our life energy. Yet, I have never heard a Torah scholar or truly religious person complain that he is upset that he is not what he used to be. For now, he is even better than he was. He never longs for the days when he had less good deeds or knew less Torah. With G-dly vitality, his eye is on tomorrow, not yesterday. And that is why Esau was so tired, even in his youth. While continually pursuing his passions he was unplugged from his spiritual outlet. He was the antithesis of G-d, hence he created darkness from light.

All of our forefathers were very wealthy. Where are their riches now? In the dust with all things that don’t matter. Their last will and testaments did not bequeath us ornate trinkets or mahogany chairs that need slight refurbishing. Their legacy is eternal; it is the Torah and its life affirming light that illuminates our lives in the darkest moments, that energizes us with G-d’s own life force when haSatan tries to deplete us and depress us. When G-d is our “charger” we don’t burn out and fade away; we become like the Chanukah miracle where the light lasts longer than nature expects. We become like the burning bush that is aflame and yet not consumed. We become the radiant light unto the nations that no Nazi’s black boot can stomp out.

Yes, I think about Black Friday aptly named for a dark mindset that sucks us into believing that we need “stuff” and more stuff. Gadgets rendered into gods until they become obsolete, until they end up on an online marketplace, until a stranger with a pickup truck hauls away a life once treasured. Then I think about Friday, my Friday, our Friday. Tonight is erev Shabbat. It starts with light, it’s filled with light and it ends with the light of the havdalah prayer and candle. I plug into the source of all light. I am energized. And through Jacob unto his children, and my father unto me an eternal legacy of light lives on. No, I will not sell my Jewish “birthright” for the fickle and ephemeral fancies and deceptions of this world. The chairs you can have--but some things are just not for sale!

Posted by Aliza Davidovit at Friday, November 29, 2019 No comments: 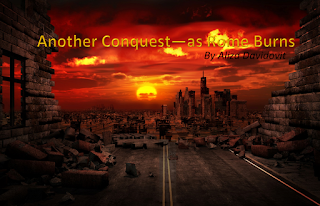 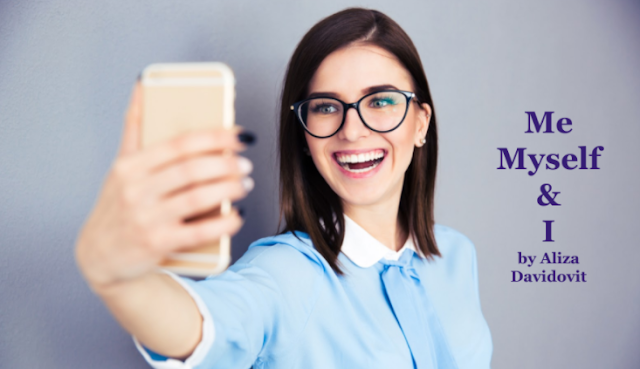 The Light Inside (Lech Lecha) 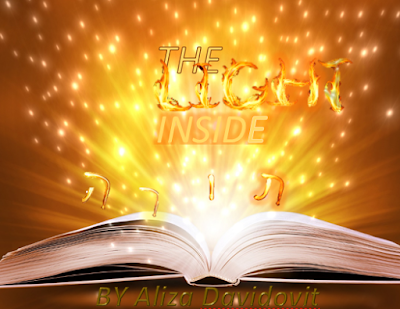 Posted by Aliza Davidovit at Sunday, November 10, 2019 No comments: 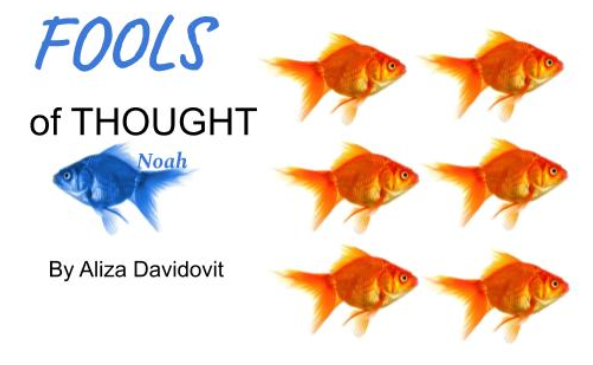 Just a few days ago with the impeachment inquiry vote we saw how the vote was divided along strict party lines. But it is such unanimity that brings destruction to the world. Where are the dissenting voices, voices such as Abraham’s which bravely go against everyone else’s when they are wrong? Our potential dear friends, both personally and collectively, lies not in sublimating what is unique about us and in squelching our voice but rather speaking boldly, come what may. A herd mentality is a dangerous thing no matter which part of the political, social or religious spectrum you may be on. It suffocates justice and truth. Its progeny is toxic.
In this week’s Biblical portion we read about the Tower of Babel wherein God looked down upon those who set to build a tower into the sky and said: "Lo! [they are] one people, and they all have one language.” So what’s wrong with that? It’s not like they were committing murder. What is wrong is that they were so single-minded, so much in lockstep, so much of “one language” that no one questioned the other or challenged the other as to whether their actions were correct or not. Such uniformity in mind and action is a dangerous thing as it is bound to succeed, as did communism and fascism to a great extent.
Interestingly, in American jurisprudence, in order for a person to be found guilty all the jurors must agree on the same verdict. Judaism and its teachings have a different view. In the days of the Sanhedrin, the rabbinical courts which were officiated by brilliant men, if the majority found someone guilty they were deemed guilty--but if ALL the judges were unanimous in finding a person guilty, the accused was to be set free. One of the rationales was that because of the superior composition of the judicial body at least one judge should have been able to contrive a scenario where the accused was not guilty. Solid consensus revealed something was wrong with the court. Being of ONE mindset does have murderous implications. It begins with murdering ideas, then kills freedom of speech and soon enough blood flows.
No, it is not easy to stand against the establishment; it is not easy to be that only voice that speaks out against wrong or injustice, I recall how many people scoffed at me when I ripped up my masters diploma from Columbia University years ago in protest of its invitation to Iran’s President Ahmadinejad. One blogger wrote that I ripped all proof of having any brains at all. Throughout, I kept in mind the famous quote, “It doesn’t matter what they call you, it’s what you answer to!” And more importantly it is WHO you answer to and for me that is God alone. It’s incredible how it bothers people when you serve God because it disempowers them. Thus history has shown us many leaders and philosophies which have aimed to provoke God and force people away from serving Him. Indeed the people of Babel were attempting to seize control of the world away from God. So how did He punish them? He confounded them and “confuse[d] their language, so that one will not understand the language of his companion.”
I urge you all to be that voice that rings out in the silent halls of consent, the one to make a ruckus when something is not right whether it’s on a national scale or an old lady being mistreated by a checkout clerk at the supermarket. Let’s not pretend we like to mind our own business while every other second of the day we are on information overload seeking out what’s going on in every dark place in the world from celebrity to gossip to local riffs and tiffs.
Learn from the story of Noah. In a world of complete depravity, he had the courage to be the sole voice of decency, to walk a righteous path. For certain he wasn’t winning any popularity contests as he was hardly speaking “the language” of the times. Both he and his ark were oddities to deride, and then it began to rain.
Posted by Aliza Davidovit at Sunday, November 03, 2019 No comments: