Let My People Know--Obama's Not Good for Israel 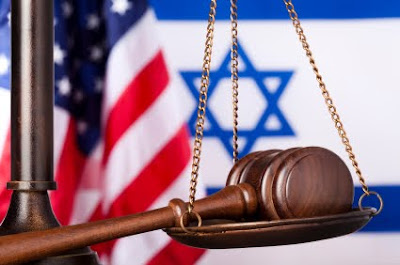 There is the old joke that if you have two Jews in a room you will have three opinions. But thanks to President Barack Obama, he has been able to accomplish what even Moses couldn’t do, create a consensus among Jews, well at least Israeli Jews. They have by a strong majority united on one thing: They don’t like president Obama. A recent poll commissioned by the Begin Sadat Center at Bar Ilan University and the Anti-Defamation League revealed that only 32% of Israelis have a positive view of Obama as compared to 2009, when his likeability among them was at 54%.(1)

You see, Israelis tend to be a very action oriented people, hence their ability to turn an arid desert into a high-tech verdant success in quick time. They know talk is cheap, promises have expiration dates, and words make for poor armament when rockets hit their towns and their buses are blowing up. As such, when the current American President says, “I have Israel’s back,” Israelis are not convinced. With aggressive enemies at every bend they have developed heightened survival skills and have eyes behind their backs, and frankly, they don’t like what they see coming out of this White House. This consensus, among a highly opinionated people, should be the paramount indicator that the current president is not conducive to Israel’s well-being.

Israel does not even need to engage in war to be wiped off the map. Just last week the BBC refused to indicate that Jerusalem is Israel’s capital on the Olympics’ section of its website. Prime Minister Netanyahu’s office wrote two letters to the broadcasting corporation, to no avail. This wasn’t a shot at Israel’s back but a shot straight through its heart.

So where was the President on this one? At a recent press conference when insistent journalists asked James Carney, Obama’s press secretary, what the White House considered Israel’s capital Carney, adamantly evasive, refused six times to say Jerusalem.(2) Oh, a friend indeed, begrudging Israel what is already theirs even before the onset of peace talks…or a war. Why couldn’t our friends in the White House simply answer that question?

But were this only the first time. In May of 2011, President Obama unilaterally called for an Israeli-Palestinian peace agreement based on 1967 borders, borders universally acknowledged as indefensible.(3) (Prior to 1967, Israel was 9 miles wide at its narrowest point.) And then there was the whole issue of settlements in 2009 where President Obama set preconditions for Israel even before negotiations with the Palestinians got started and objected to Israel accommodating for natural growth of its own people.(4) This is the same president who whole-heartedly accommodates illegal immigrants into this country but doesn’t want Israelis to house its own citizens in its own country. So thank you Mr. President for Iron Dome, but by your concurrent initiatives you will leave us very little to protect.

Perhaps it is the above that is eating away at the percentage points of the president’s likeability among Israelis. Or maybe it is his mishandling of Iran, the Middle East powder keg nation that has leveled an existential threat at Israel, threatening to erase the Jewish Homeland from the globe.(5) It is a good thing that the president keeps appointing Jews to the United States Holocaust Memorial Council because if Iran has its way, I suspect the council will be evermore busy and understaffed.

Adding to his ill-conceived diplomatic attempts to posit the U.S. as an honest broker in the Middle East, there are many who feel the President threw longtime ally Egyptian President Hosni Mubarak under the bus and by his weak leadership helped install a new enemy on Israel’s borders, the Muslim Brotherhood, which views past peace agreements as merely bad literature(6). Furthermore, as if the Middle East isn’t precarious enough, the President’s lack of leadership on the Syrian crisis now leaves chemical weapon stockpiles in a vulnerable position with potential use against Israel. Obama asked Israel not to intercede with the result that Israelis are now rushing to get government-issue gas masks.(7)

Then there are the “little” things that when sprinkled on the above menu make the case for Obama’s friendship toward Israel ever more unsavory. While some will say President Obama is good for Israel—

• He is also the same president who thinking his mic was off, was caught in November of 2011 saying disparaging remarks about Netanyahu to France’s President Sarkozy.(8)

• He has literally bowed before many a world leader(9) and hosted a state dinner for Chinese President Hu Jintao(10) but the Prime Minister of Israel wass left waiting for an hour while the President went off to eat dinner with the First Family.(11) The White House also avoided releasing a photo-op with Netanyahu for four days.(12) In addition, it’s reputed but disputed that Netanyahu was let in through a backdoor to the White House.

• He has never gone to Israel as President.(13)

• As President he went to Egypt to address the Muslim world in a speech where he juxtaposed the plight of the Palestinians with Black slavery and equated it with the Jewish Holocaust.(14)

• His first formal TV interview as president was with an Arab newscast, Al Arabiya.(15)

• Prior to his presidency he toasted his friend, pro-Palestinian Rashid Khalidi, at what was said to be an event where Obama allegedly condoned Rashid’s work. The tape of that event is being guarded by the Los Angeles Times with the vigilance of Fort Knox. If there is nothing condemning on that tape, why won’t the Los Angeles Times release it?(16)

• While positing an affinity for the Jewish State, this is still the same president who sat in a church for 20 years wherein anti-Zionism was spewed from the pulpit and where church bulletins featured anti-Israel articles by Hamas’s Mousa Abu Marzook and The Nation of Islam. It is a long time to sit in a pew if you don’t share the view.(17)

• The first time Mr. Obama attended AIPAC prior to his presidency, he said in no uncertain terms that Jerusalem should remain the undivided capital of Israel. The applause was thunderous. The next day, in a pivot Barishnikov would envy, he modified his words.(18)