Goodbye America. It was nice to know you! by Aliza Davidovit 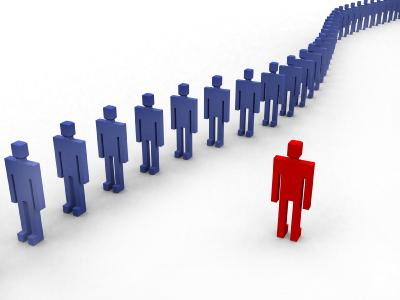 The other day I incidentally drove by the Apple store in Manhattan and was really amused and disheartened by the long line of thousands of people waiting to pick up their iphone 4G. As this country is falling apart it becomes evermore clear to me why: We are still living in La La Land. I questioned when was the last time New Yorkers formed such a queue to protest a government wrongdoing and lined up outside their congressman’s door. Undoubtedly these hoarders of high-tech phones have seen a news flash or two and are aware that times are no good and are spiraling quickly downwards. So why don’t they get it? Why don’t they realize that they are standing in the “wrong” line? And it dawned on me because we are a society and a generation reared on Hollywood endings. Things will be okay; things will work out; America will bounce back. We will all live happily ever after.

But, my dear readers, as the president and his administration proceed to fundamentally transform America as he promised, the floor under our feet, the one we were hoping to bounce back from, is being shattered. There is a dark deep abyss beneath, an unknown that those not blinded by the happy-ending syndrome believe is a socialist agenda at best, that will destroy the United States of America.

Please tell me why, if the president doesn’t believe in exceptionalism for our country which succeeded in being great because of its freedoms and unparalleled system, then why does he believe in personal exceptionalism? Why did he rise to the top and become a president and not remain a community organizer? Is he the only one allowed to reach for the top, to be exceptional, while the rest of us peons have to wait until he and his mammoth and ever-growing government doles us out what they think we deserve?

We all know the numbers. The stimulus and bailouts, punishing the rich and businesses with higher tax burdens, the universal healthcare bill and cap and trade are all means of overtaxing the system and redistributing the wealth. In addition to the unsustainable stress on our economy, let’s not pretend redistribution is governmental philanthropy, it is plain out government theft. If it is my body that’s in the gym every morning at 6 a.m., is it fair that you should be accruing the muscles that I’m working so hard for?

The second step after controlling the purse strings is controlling the masses, which then leaves little surprise that this administration is so accommodating to illegal immigrants, even criminal ones. There is power in numbers.

Sometimes I wonder if Obama is trying so hard to implode the system that maybe, just maybe, there will never be a 2012 election. Maybe a revolution is already in place but it is starting from the top down instead of by the people.

Yes, this country, the leader of the free world, has gone through deep crises in the past, but the one factor that gave us optimism and hope was the integrity of the structure, i.e., our Constitution and the certainty that this was a democratic and capitalistic country which was respected by its allies and respected them in turn. Even our fallings and failings were sure-footed because America would always be America. Don’t count on that anymore.

My friends, as you show off your new i-phones with more applications than you could ever use in a lifetime, I urge you to tune into its built-in alarm clock and WAKE UP. The challenges we now face are unprecedented. I cannot help but think of this week's biblical story of Pinchas, where one sole man saw the threat to his nation and he alone took action to save the day. Of course I’m not calling for violence, God forbid, but I am calling for action. Are you doing all you can do, my fellow Americans, to save this great nation? Which line are you standing in? Are you a lawyer? A writer? A speaker? A singer? Whatever you are, take the talent that God gave you and use it to fight to save this great country right now before it’s too late and they lay the yellow tape around the map of America to demarcate the greatest crime scene and slaughtering of liberty the world has ever known.
*************************
Sponsored by the Wordsmithy for all your editing needs. Contact: pr@davidovit.com for further information
Posted by Aliza Davidovit at Sunday, June 27, 2010 No comments: 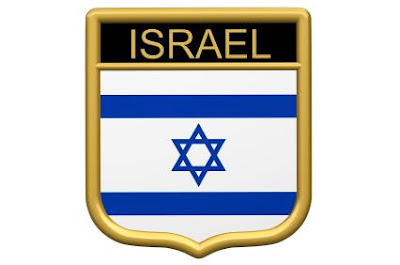 There is an expression in Yiddish that poorly translates as “it is hard to be a Jew.” I believe that is very true. This past week once again proved how Israel is always held to different standards and singled out for opprobrium. The biggest murderers in the world are innocent before proven guilty, yet Israel, the only democratic state in the Middle East that has been on the defensive for 62 years, is always deemed guilty before anyone even knows what happened. And though article 51 of the UN charter grants every country the right to defend itself, it seems not to apply to Israel. Hamas’s more savory charter that calls for the destruction of Israel (Article 15) and the murder of Jews (Article 7) is deemed more acceptable than any efforts by Israel to simply exist in peace.

Alan Dershowitz points out that “Israel is the only democracy in the world ever accused of war crimes when it fights a DEFENSIVE war to protect its civilians.” All the facts in Israel’s defense are ignored because hate and antisemitism build a better case against the Jewish State. The intellectual liberal elite posture themselves as avant-garde arbiters of truth and fairness, when hate is still the primitive feeding ground that formulates their hostile position toward Israel. I respect Hitler and Ahmadinejad more than the pseudo-intellectuals, journalists and analysts of our times. At least they openly declared that they hate Jews and want them dead—they never pretended that the exclusive bashing of Israel or Jews (and omission of bashing real evil doers) was anything other than pure and blatant good old fashioned antisemitism. (In fact, now we may even know what happened to the two lost tribes. They probably took directions from journalist Helen Thomas along their way and went back to Germany to be met with a warm welcome, okay a hot welcome, okay a crematorium.)


Forget that Ahmadinejad has declared that he will destroy Israel in one week and continues with his nuclear agenda; forget about the atrocities in Darfur and Rawanda; forget that more Muslims are killed every day in Africa and the Middle East by Muslim governments; forget that Hassan Nasrallah, the terrorist leader says that, “We are going to win because they [Israel] love life and we love death;” forget that North Korea torpedoed a south Korean warship where 46 people were killed; forget the wars waged by Russia against Chechnya where tens of thousands of civilians were murdered in cold blood. None of these real atrocities will bring out the cries and crowds in rock concert numbers as do the opportunities to publicly stone Israel. Forget that it was a Turkish Islamist group with a history of assisting Islamist terrorists which played a major part in the “humanitarian sailing” of the Mavi Mamara flotilla. Forget that Article 19 of the Law of the Sea Treaty specifies that “any act of propaganda aimed at affecting the defense or security of the coastal state” or “the loading or unloading of any commodity, currency or person contrary to the customs, fiscal, immigration or sanitary laws or regulations of the coastal state” are deemed “prejudicial to the peace, good order or security” of that state. Forget that Israel compromises its own military edge and jeopardizes the lives and safety of its own soldiers by dropping thousand of pamphlets disclosing to their enemies where they will strike in order to avoid civilian casualties. Forget that every day Israeli doctors and hospitals are saving the lives of Palestinians. Forget that Israel transfers some 15,000 tons of supplies and humanitarian aid every week to the people of Gaza. Forget that Israel left Gaza in 2005 and received its thank you card in the form of thousands of anti-personal rockets aimed at civilians in Sderot, where school kids have 15 second to get to a bomb shelter upon hearing a siren. Forget that Israel has sought peace with its neighbors for 62 years and offered the Palestinians major concessions which were rejected in favor of launching an intifada on Israel instead. Yes, I say forget all these proofs because despite all else that has gone on and continues to go on throughout the world, it is only Israel who warrants UN special emergency sessions on holiday weekends to be vilified for perpetrating sins against humanity. I guess Israel’s consistent detractors subscribe to the belief that the only good Jew is a dead Jew.

The comment that irked me most in this new tirade against Israel was by editor/ publisher Katrina vanden Heuvel of The Nation who said to Bill Maher,despite the aforementioned litany of proof to the contrary, that “Israel has lost her soul.” No my dear vanden Heuvel, Israel hasn’t lost its soul, its grown a pair of cojones called the Jewish State--and the UN charter and enemies bent on its destruction have given Israel the legal and moral right to use them. Sorry, but gas chambers are just so passé.
*************************
Sponsored by the Wordsmithy for all your editing needs. Contact: pr@davidovit.com for further information
Posted by Aliza Davidovit at Sunday, June 06, 2010 No comments: