All About ME by Aliza Davidovit 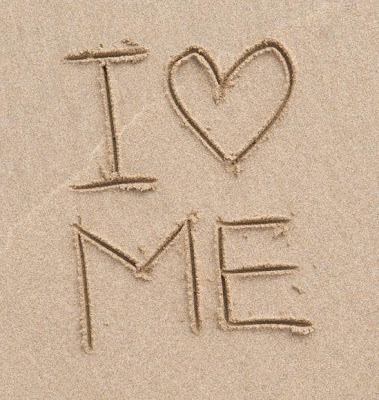 “ME,” “MYSELF,” and “I” are popular words in this age of narcissism. Where as once pagans killed people to worship gods, today we’ve killed God to worship people--OURSELVES. Consistently, upon the altar of self-deification, we have sacrificed the better part of us: compassion, morality, integrity, courage, charity and family, our history, the present and the future. And it is not the sweet odor of incense that hovers in the air as decency burns, but the stench of corruption, greed and mercilessness. As congressmen and senators serve special interests for self-aggrandizement and political survival, as Wall Street cooks the books while trusting investors risk losing all they have, as the news media panders to power instead of holding it accountable, the building blocks of our civilization are crumbling. Every day it becomes evermore easy to say, “Who cares about anyone else? I have to look out for myself.”

For many years the media and our culture have been nurturing and marketing to narcissism. Every advertisement we see today seduces us with promises of how to glorify the self to find happiness. Use this toothpaste you’ll have the nicest teeth; buy this car and you’ll get all the girls; use this mascara and bat your lashes to success; drink this Red Bull and you’ll have more energy to be a narcissist. But the problem is, it is ALL bull. I don’t remember seeing an ad that said, “If you want to be beautiful, don’t just use Revlon, but be a kinder more charitable person, it will show on your face.”

And today’s new generation is worse than we are. They are growing up with a sense of entitlement and are being nurtured in a cocoon of self-interest that takes nothing and no one else into account. Their apathy is the brazen garb they so fashionably wear.

It is little wonder then that things are falling apart if people think the world revolves around them instead of realizing that the whole world depends upon them.

In this week’s reading of the Old Testament, we read about the destruction of Sodom and Gomorrah, societies where people cared only for themselves and were heartless and callous toward others. Their profound egotism and lust for easy gratification led, as it always will, to self-destruction. It is written that they were so corrupt that even the earth cried up to God to step in which is ironic because the earth is the most selfish of creations as it is surrounded by a gravitational field that pulls all things toward itself. Yet even the earth is not so selfish that it begrudges the flower and the tree to grow upward and the seedlings to sprout. In the final analysis, the earth gives much more than it takes. Do we?

In the center of the biblical account of Sodom and Gomorrah stands the Patriarch Abraham, who asks God to spare the city if even fifty righteous people could be found. God said he would. Abraham slowly tweaks the number down to ten in case fifty could not be found. God consents. But we learn here not only about the failings of Sodom and Gomorrah, but also about Abraham’s, and Noah’s too. When God told Noah he was going to destroy humanity, Noah didn’t say a peep, he just built an Ark. When God told Abraham he would destroy Sodom and Gomorrah, Abraham’s best was to suggest that God should spare the righteous. But, when God told Moses that he was going to wipe out Israel because of the sin of the Golden Calf, Moses said, “Please forgive their sin—but if not, then blot me out of the book you have written.” Moses does not separate his fate from those of his people. He didn’t build an “ark” for himself, but was ready to go down with the entire ship—his nation. That is why Moses is regarded as the greatest prophet in Jewish history. His ego was nowhere to be found.

As today’s crises escalate, we too cannot ask “Will it be okay for me?” The only question to ask is, “Will is be okay for US?” If you have checked off “no,” then it is imperative that right now, at this moment, you do something to make a difference. Fax your congressman, protest loudly, cry as loudly as did the earth so that God and everyone in between will hear you.

Commentator Glenn Beck from Fox News is correct in principle. It took 56 great men to found this country, and now he’s looking for another few good men to re-found it before it’s too late. Unfortunately, God won’t speak to us to validate how many are needed. What if we can’t find 56 good men, just as Abraham couldn’t find 50 righteous men? Let us say we can only find 40, or 30 or 10. Or just let’s say it takes more than 56 men and women to save this great land. Will you, my friends, be among them? Or has our narcissism already turned us into pillars of salt as we watch everything we love and lived for destroyed from sea to shining sea?
By Aliza Davidovit