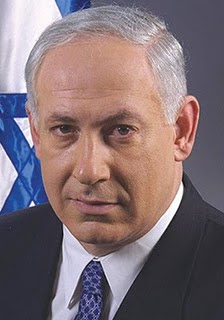 We live in times where we have just about heard it all, so much so that it becomes increasingly hard to hear anything at all. Our ears, eyes and minds simply can’t keep up with the shocking bombardment of events that our marking our times. We once thought it was incredible to try the 9/11 conspirators in a Manhattan court but that seems to pale in comparison to the current plan to build a mosque next to Ground Zero. Before we can digest one travesty a grimier one surfaces to entertain our ulcers.

Yet there is another headline, an evermore subtle one that equally grates upon me. It was the criticism Saeb Erekat, a senior Palestinian negotiator, launched against Prime Minister Netanyahu for mentioning the Jewish people's biblical ties to Jerusalem this past Jerusalem Day. He accused the prime minister of “[using] religion to incite hatred and fear.” Never mind the blatant hypocrisy of his condemning “incitement,” a weapon the Palestinians use ever so proficiently, but I viewed it as a fundamental and dangerous strategy aimed at the final delegitimization of the Jewish Homeland. First they accused Jews of behaving like Nazis vis-a-vis Palestinians to justify their terror upon Israeli citizens. Then they decided to launch a war against the “truth” of the Holocaust as to minimize the need of a Jewish refuge and homeland. Now there appears to be a nascent battle against the decisive binding tie to the Promised Land—the Torah--by rendering mention of the Bible as inciting. I take it that it is in the name of peace that Palestinain children are taught from birth to hate and kill the Zionist enemy, that suicide bombings are glorified, that streets and town squares are named after the mass murderers of innocent civilians, that ketuhshas are smuggled underground, that Israeli goods, films and athletes are being boycotted with fervor and glee, including the most current Palestinian attempt to prevent Israel's acceptance into the OECD.

There is only one claim (excluding the UN resolution that voted Israel into modern existence) that the Jews have to Israel, and that is because God gave it to them. It is not the Holocaust; it is not international consent or approval; it is not the strength of their guns. Therefore, the attempt to stifle an Israeli prime minister from speaking of this biblical connection to the Holy Land appears to be an “incitement” of the most dangerous kind. Let me remind those of you who may have forgotten God’s words: "And I will give to you and to your descendants after you… all the land of Canaan as an eternal possession….” (Genesis 17:8).

The Bible refers to Jerusalem and Zion 850 times. It is not mentioned even once in the Koran, nor is it even mentioned in the PLO Charter. Jews throughout the world pray facing Jerusalem; by contrast all Muslims face Mecca when praying. Jerusalem has NEVER been the capitol of any other nation except Israel, nor has it ever been a holy city to the Muslims. No Arab ruler other than Jordan’s King Hussein ever even visited Jerusalem during the 1948-1967 period of unfettered Jordanian rule over the eastern part of the city.[1] Jerusalem is merely an excuse and a symbol of the greater struggle to wipe Israel off the map. Let us not forget that the Palestine Liberation Organization was established in 1964, three years before Israel secured the West Bank and Old Jerusalem. So what was the PLO trying to "liberate" then? Clearly, the entire pre-'67 state of Israel.

A common misconception is that Jews were forced into the Diaspora by the Romans in the year 70 C.E. and then, 1,800 years later, returned to Palestine demanding their country back. In reality, the Jewish people have maintained ties to their historic homeland for more than 3,700 years. Even after the destruction of the Second Temple and the beginning of the exile, Jewish life in the land of Israel continued and often flourished,[2] and the Jewish hope to reclaim it as their own never abated.

In less ancient history the story is told of Napoleon who, when walking through the streets of Paris, passed by a synagogue and heard people weeping inside. When the emperor asked his companion why they were weeping, he was told that it was the holiday of Tisha B'Av when the Jews mourn the loss of their Temple. Upon hearing that Napoleon then said, "If they are still crying after 1800 years, then I am certain the Temple will one day be rebuilt!"

On May 14, 1948, the Jews reestablished sovereignty over their ancient Biblical homeland with the third temple yet to be rebuilt. But it must be noted that even though many conquerors since 500 B.C.E have conquered the Holy Land -- the Babylonians, the Persians, the Greeks, the Byzantines, the Romans and the Turks--never during all that time was there ever a people called Palestinians nor any such tribe, certainly none who rose up against those mighty empires and declared that their country was taken from them. The Palestinians and their cause is a modern phenomenon. Jews, their hope, and the State of Israel, however, are an ancient truth. If you don’t believe me, ask God!

Mother and Daughter: A Personal Tale 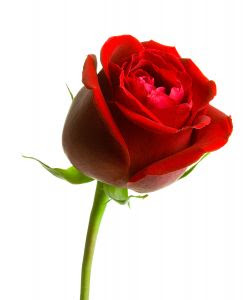 This blog is a personal story and dedicated to my mother for Mother’s Day.

There is not a thing upon which she lays her hands that she does not transform from average to beautiful--from décor, cooking, fashion, to extracting an individual’s full potential. Even death she made beautiful for my father. After the doctors told us that he had six more months to live, she didn’t leave him to their care but rather took care of him at home, herself, and decorated the remaining days of his life with music, love, and laughter until the angel of death closed his big blue eyes.

My parents were deeply in love for 38 years, like Romeo and Juliet. My mother would visit his grave every day for five years straight after he passed away. But I will never forget the night my father died in their bed. Through her sobbing tears, my mother went to blow dry her hair because the funeral was the next day. She said to us that my father loved seeing her look beautiful and even after having lost her parents, a daughter, a sister, and now her beloved sweetheart, she would not allow death to triumph over life. We all looked at her in awe. She was our femur that kept it all together just as that durable bone brings the upper and lower half of the body together.

But life’s a bitch and even as you try and put your best femured foot forward it can ravage you. A few years ago, my sprightly, energetic mother got out of bed one morning and five steps later found herself lying on the floor in screaming agony. It took her three hours to reach the phone. She called my brother, and being the superhuman body builder that he is, he beat the ambulance and broke down her five inch wooden doors with his own hands. I got the phone call in New York. I was on the next plane out. My mother’s complete femur bone was broken, eaten up by lymphoma. My beautiful mother, my best friend who I speak to a thousand times a day--I was not ready to say goodbye. I never will be. I had just signed a deal to ghostwrite a book on Jewish success, but instead of heading to the library I found myself sleeping on a lawn chair in my mother’s hospital room for three weeks and then staying in Canada for the next five months caring for her and her toy French poodle, Papoush. It was excruciating for me to see my mother that way. She was always so independent, coming and going, and now she had to go through chemo and learn to walk all over again with a titanium filled leg. She was my rock but now I had to become her femur. Yet even in the hospital, my mother wouldn’t surrender and refused to wear their hospital gowns or use their bed linens. She may be the only patient in the history of the oncology department who had a chiffon beaded nightgown and 700-thread sheets.

It was the hardest thing that we ever went through. Even the dog fell into a depression during that difficult time. Yet, I found strength in myself that I never knew I had. That strength was shaped like my mother. I have never met a person whose presence brings such light into any room as does hers. That light continues to guide my way. As we went through MRIs, surgery, chemotherapy, hair loss and rehabilitation, I was empowered by all the times in life I saw her fight instead of fall. I’d sing to my mother to distract her from her nerves and would make all the technicians and doctors laugh with my terrible voice. At my mother’s bedside, I wrote a book, nurtured her and her French poodle back to health, found the power of laughter, and realized that I stood in the shadow of the greatest role model a daughter could ever have. But most of all I learned how deep, special, and strong are the bonds of a mother, a daughter, and a French poodle. The femur bone had nothing on us.